Be the first to review this product
$9.00
In stock
SKU
SP01
Add to Compare

“The De'ang people were originally called "Benglong" and are descendants of the Pu people. Their folk customs are simple, natural and sincere. It is one of the oldest inhabitants in Dehong Prefecture and one of the least populated ethnic groups in China.

Wherever the De'ang people live, tea trees must be planted. Therefore, the village ruins where they lived are surrounded by hundreds of years of ancient tea trees. The De'ang people integrate many of their own spiritual customs with tea, forming a distinctive national culture such as tea etiquette and tea customs.

The above text is taken from Mangshi Tea Road: "The Mother of Tea", Deang Sour Tea

We have always been very interested in various tea cultures. This time we selected two very special sour teas as sample sets. The production process of sour tea is very complicated and the taste is very unique. It is worth a try.

It is recommended to use ceramic gaiwan for brewing, take a small piece each time, and brew normally. Its taste is slightly sour, sweet after bitter, golden brown and bright, with a unique smell of yogurt and sour plum acid. If you like the sour taste, you can add a few grams more next time. It has the effect of clearing throat, clearing heat and relieving heat, and is the original ecological green health drink. 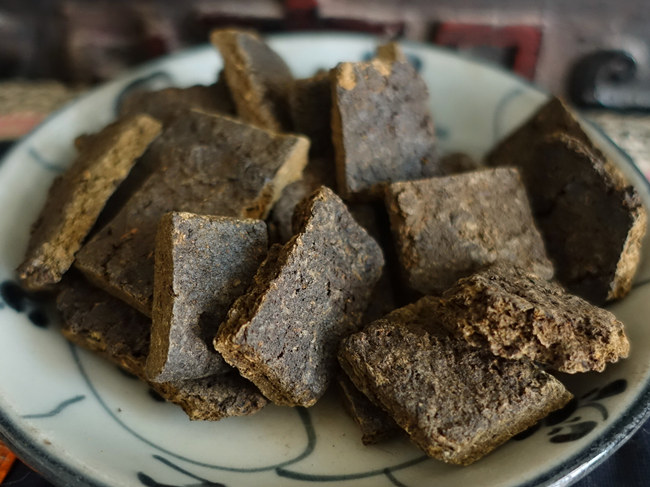 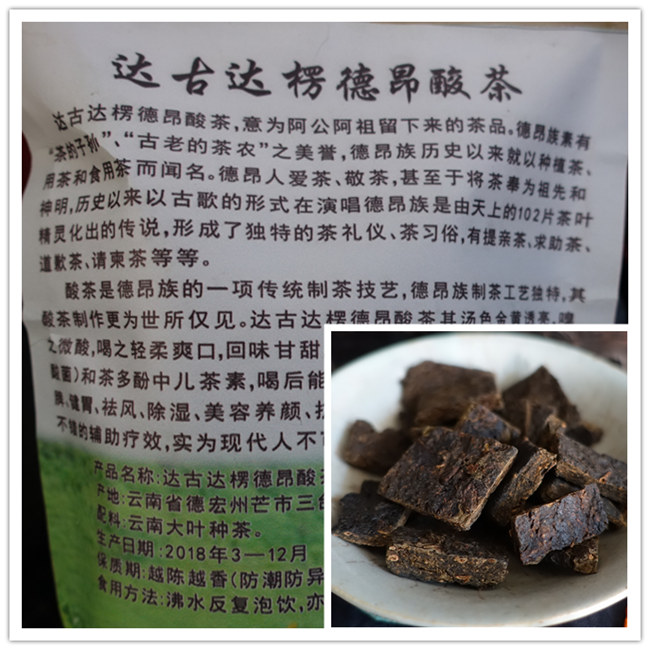 More Information
Reviews
Write Your Own Review
Only registered users can write reviews. Please Sign in or create an account
Compare Products
Compare
Clear All
You have no items to compare.
© 2010-2022 Chawangshop.com. All Rights Reserved.